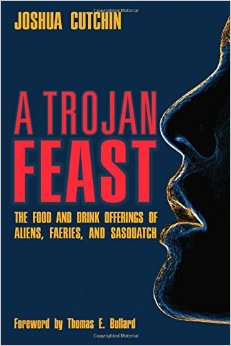 A Trojan Feast: The Food and Drink Offerings of Aliens, Faeries, and Sasquatch is the first book by Joshua Cutchin. He takes a very original approach to entity encounters and examines the role food takes in legend and modern encounters. This made for a very interesting conversation, and we will find what it says about these phenomena!