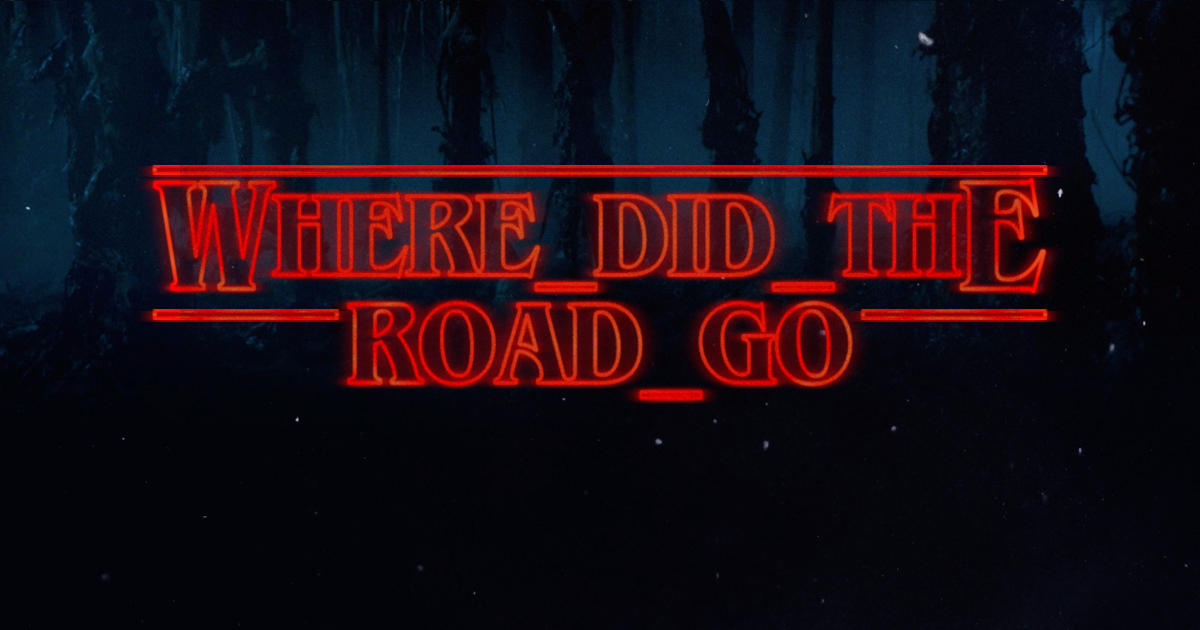 So this show is in response to a short bit Peter Benard recorded after listening to our June 9th Show on Fiction and the Paranormal. Although he misquoted me a couple of times, overall his points were excellent, so this show is in response to his response. We clear up what he seems to have misunderstood, in case anyone else did as well, and then build off of the points he made. Overall, this show is about how to stay sane, and not get caught up in the beliefs these things create.

You can hear Peter's Bit Below, if you want to listen to that first. It is not necessary, but it will give you a better idea of where we are coming from as we go into this.

And here is the email Peter send us;

"I have a lot of respect for the older episodes of "Where Did The Road Go" but I think Seriah has become too involved with certain other people who are unconsciously intent on creating a new religion of Forteanism in which the majority of logical thought is labeled heresy.

I recorded thsi for PQ Ribber's show, but I don't know when he's going to upload it. My long-winded commentary, interrupted by me taking a picture of a robin and avoiding crazy(er) people.
It's reached the point where Seriah recently expressed GUILT about listening to fiction about horror and wondered openly if horror fiction POLLUTES THE EVIDENCE POOL of paranormal research.

"Pollutes the evidence pool" is to Forteans in 2017 what "Trump and Russia" is to MSNBC and CNN in 2017. It excites the cult members while making everyone else see you as completely batshit crazy.

Keel told me to NEVER BELIEVE ANYTHING ABOUT ANY OF THIS STUFF. Once you start believing anything, then YOU WILL GO INSANE.

Hence, my attraction to Andy Kaufman-style pranking, like Mullah Nasrudin, Robert Anton Wilson, and other heretics before me. To drive you SANE. If pranks make you ANGRY instead of making you LAUGH, then YOU are the one who most needs to be pranked. Pranksters pull pranks TO REMIND YOU THAT YOU BETTER STOP BELIEVING IN SHIT for the sake of your own sanity. If you're wondering if it's heretical to listen to FICTION, then you need to take a break and go listen to ANYTHING else for a while. Take a break. Watch a comedy. Go see a band play, man. Don't make up random fortean rules based on the limited thinking of the people who collect Bigfoot or UFO paraphernalia then beat yourself for sinning against these arbitrary and weird rules.

If your first assumption is not ALWAYS that it was a prank, then you've become a cult member and a believer, and you have no ability to claim being involved in scientific inquiry. All of forteana is just a collection of stories. A collection of stories is not a "pool of evidence," it's FOLKLORE. Horror fiction is also essentially folklore. You ask if folklore is polluting folklore! That's not logical thought. Anyone who has read RAW knows that's only ghost words based on dogma instead of the reality(ies) in front of your nose.

You guys fret about how to be taken more seriously by people outside your little circle. If you ACTUALLY want to understand that, listening to my audio would be a good place to start. Or you can get angry at me for liking and respecting you enough to spill my guts for you. My next appearance in Boston I'm being lumped in with a Simpsons animator and a Grateful Dead t-shirt artist, nothing in my world is changed if you heed my words or not.