This is a recap of both this episode and the Patreon one for this show...

Seriah interviews Scott Creighton, alternative Egyptologist, historian, and author of "The Great Pyramid Void Enigma: The Mystery of the Hall of the Ancestors". This is a tightly focused, riveting discussion! Topics include possible alternative purposes for the building of the pyramids (instead of just tombs for pharaohs), British Colonel Vyce's possible forgeries in the 1830's, electronic scanning of chambers within the Great Pyramid of Giza, Zahi Hawass, traditional knowledge of the Coptic Egyptians, medieval Islamic scholars, ancient Egyptian texts destroyed by repeated invasions, the value of oral traditions/legends/folklore, the science of "Geomythology", ancient peoples' memories of celestial and geological events, the world-wide great flood, the ice age, polar shifts and reversals, long-ago cataclysms and extremely drastic planetary changes, Peter Warlow's Tippe-Top Theory, cyclical "flipping" of the Earth, sphinxes, the meaning of east and west, symbolism of the pyramids' locations, the Atomic Core Explosion, Chan Thomas's book "The Adam and Eve Story: The History of Cataclysms" and its censorship by the CIA, Flavio Barbiero's theory of the Earth being inverted by a relatively small comet, the Dzhanibekov effect of objects in space, the rapid melting of ancient ice caps, the massive concentric rings in the "Eye of Africa", Atlantis, ancient monuments' meaningful positions relative to each other, Charles Hapgood's Earth Crustal Displacement Theory, ancient monuments connected by an algorithmic spiral, Mark Gaffney, the Giza pyramids alignment to the constellation Orion, Robert Bauval, astronomer Ed Krupp, Graham Hancock, inverted star map in ancient Egyptian architect's tomb, the allegorical myths of Isis/Osiris/ Seth, Dr. Virginia Trimble, Alexander Badawy, massively different estimated ages for the Great Pyramid of Giza, passages beneath the pyramids and what they held, messages contained in the construction of the Great Pyramid, Project Osiris, and more. This is fascinating, information-packed conversation! 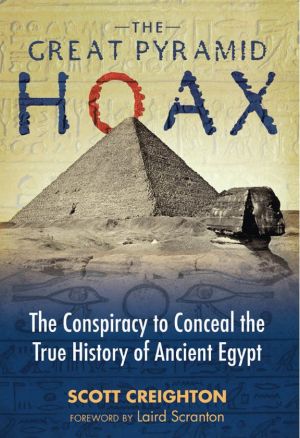 The Great Pyramid Hoax by Scott Creighton is a fantastic piece of work. He painstakingly works his way through the history of the discovery of the marks in the relieving chamber above the King’s Chamber, and how they were likely hoaxed. Now, this is an old theory put forth by Zachariah Sitchin, and he was wrong about his evidence. However, Scott digs through journals not investigated thus far, and assembles a host of evidence to show that in all likelihood, the most of the markings that are used to date the Great Pyramid, were created in the 19th century by Howard Vyse. This is not a collection of unsubstantiated theory, but relies on overwhelming facts and evidence that supports the idea that those markings were hoaxed, and if that is the case, the one identifier we have for the creator and age of the Great Pyramid is gone. This is an important piece of work. 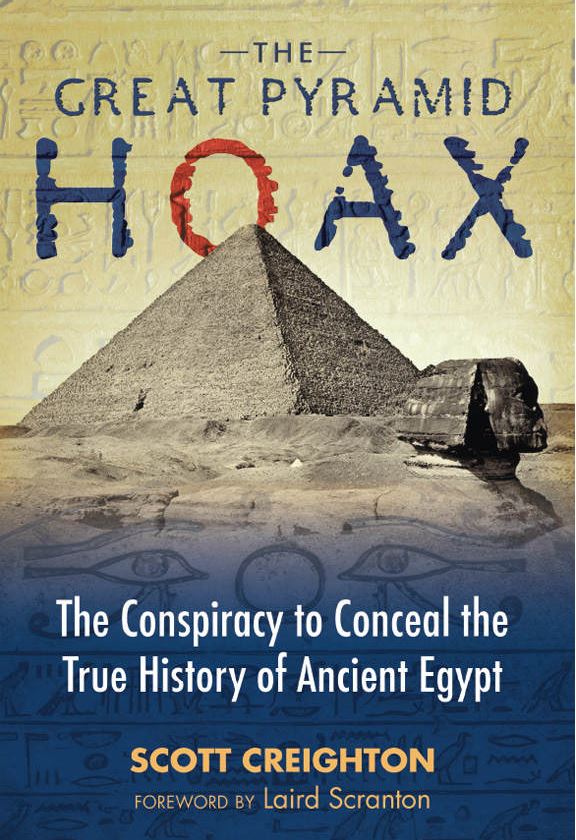 Scott Creighton has written an immensely valuable piece of work, The Great Pyramid Hoax, that casts serious doubt on the age of the Great Pyramid, or at least what is used to date it. If you are interested in Egypt and it's mysteries, this is a must read. We talk about just a little bit of what he has discovered in this interview...

Outro Music is "Pop Devil" from Sanjuro Fields, from their 2016 CD, Hope in the Wound available on Bandcamp.

Scott Creighton's Website - In Search of the Lost Knowledge of the Ancients. Scott's site has presentations, essays, and more. 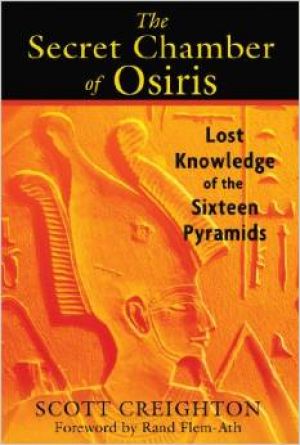 The Secret Chamber of Osiris; Lost Knowledge of the Sixteen Pyramids, is Scott Creighton's second book, following up The Giza Prophecy. First off, this was an enjoyable read. Scott starts with his theory of where there may be a hidden chamber near Giza. He lays out his thought process and potential evidence, and then tells the story of what happened when he tried to go to said area. Unfortunately, there is no resolution one way or another in this subject. What he does do well, is taking apart the standard Egyptology model of thought and theory as it relates to Giza. He delves into the legends of secret chambers, he thoroughly investigates Howard Vyse and tries to determine if he may have committed forgery in the relieving chambers above the King's Chamber. He explores the possibility of cycles of deluge and drought, and what may have been their cause. He speculates about the true age of the pyramids, lays out evidence to support the older age of the Sphinx, and makes a compelling argument as to what the 16 original Pyramids really were. He even includes his own theory about how the pyramids were built. Overall, a good read, some quality information, and I feel that it presents some intriguing possibilities.

You can find Scott's site here.

We will have with us this week, Scott Creighton to talk about his latest book, The Secret Chamber of Osiris: Lost Knowledge of the Sixteen Pyramids. We discuss Egypt, the history of secret chambers, Howard Vyse, what the pyramids may really have been for, and much more.

Scott Creighton is an engineer whose extensive travels have allowed him to explore many of the world's ancient sacred sites. The host of the Alternative Egyptology forum on AboveTopSecret.com, he lives in Glasgow, Scotland. His website can be found at www.scottcreighton.co.uk.