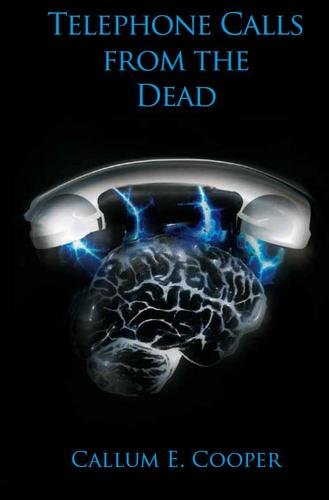 Born in Nottinghamshire, Cal Cooper spent much of his early life reading up on the paranormal at his local school library whenever he could. Years later he developed an interest in human behavior and the many questions we always want to ask about the mind and its capabilities.
Cal received much media interest for his research into phone calls from the dead after he received the Eileen J. Garrett Scholarship from the Parapsychology Foundation in 2009. He holds a BSc (Hons) in psychology from the University of Northampton and a MRes in psychology from Sheffield Hallam University. He is the recipient of the Alex Tanous Scholarship Award from the Alex Tanous Foundation for Scientific Research, several times over. Currently, Cal is based at the University of Northampton pursuing doctoral research in psychology and parapsychology. He is also a lecturer at the university on subjects such as: parapsychology, thanatology, and ancient mysticism.
Cal has many areas of interest in psychology including; research methods, beliefs, motivation and emotion, and the psychology of death. However, parapsychology is what Cal is most recognized for with his research into survival of death, psychic abilities, poltergeists, apparitions and hauntings.
We talk about his book, Telephone Calls from the Dead, as well as the paranormal in general, some of his investigations, and much more.
Check out Cal's Website at; www.calcooper.com
Rate this item
(0 votes)
Tagged under
Tweet
More in this category: « Micah Hanks on Giants, The Nephilim, and much more... - April 27, 2014 Peter Robbins on Wilhelm Reich: Part 2 - April 12, 2014 »