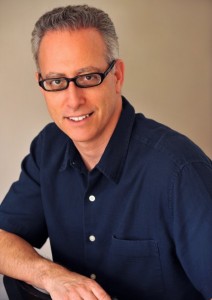 Just beyond the 50th anniversary of the assassination of JFK,Russ Baker discusses the likelihood of a lone gunman and what the evidence suggests.  We also talk about the Boston Bombing, Michael Hastings, and the role of Alternative Media in our world. His Alternative News Site, WhoWhatWhy.com is an excellent example of excellence in news reporting.
Russ Baker is an award-winning investigative reporter with a track record for making sense of complex and little understood matters-and explaining it to elites and ordinary people alike, using entertaining, accessible writing to inform and involve.
Over the course of more than two decades in journalism, Baker has broken scores of major stories. Topics included: early reporting on inaccuracies in the articles of The New York Times’s Judith Miller that built support for the invasion of Iraq; the media campaign to destroy UN chief Kofi Annan and undermine confidence in multilateral solutions; revelations by George Bush’s biographer that as far back as 1999 then-presidential candidate Bush already spoke of wanting to invade Iraq; the real reason Bush was grounded during his National Guard days – as recounted by the widow of the pilot who replaced him; an article published throughout the world that highlighted the West’s lack of resolve to seriously pursue the genocidal fugitive Bosnian Serb leader Radovan Karadzic, responsible for the largest number of European civilian deaths since World War II; several investigations of allegations by former members concerning the practices of Scientology; corruption in the leadership of the nation’s largest police union; a well-connected humanitarian relief organization operating as a cover for unauthorized US covert intervention abroad; detailed evidence that a powerful congressional critic of Bill Clinton and Al Gore for financial irregularities and personal improprieties had his own track record of far more serious transgressions; a look at the practices and values of top Democratic operative and the clients they represent when out of power in Washington; the murky international interests that fueled both George W. Bush’s and Hillary Clinton’s presidential campaigns; the efficacy of various proposed solutions to the failed war on drugs; the poor-quality televised news program for teens (with lots of advertising) that has quietly seeped into many of America’s public schools; an early exploration of deceptive practices by the credit card industry; a study of ecosystem destruction in Irian Jaya, one of the world’s last substantial rain forests.
Baker has written for The New Yorker, Vanity Fair, The Nation, The New York Times, The Washington Post, The Village Voice and Esquire and dozens of other major domestic and foreign publications. He has also served as a contributing editor to the Columbia Journalism Review. Baker received a 2005 Deadline Club award for his exclusive reporting on George W. Bush’s military record. He is the author of Family of Secrets: The Bush Dynasty, the Powerful Forces That Put It in the White House, and What Their Influence Means for America (Bloomsbury Press, 2009); it was released in paperback as Family of Secrets: The Bush Dynasty, America’s Invisible Government and the Secret History of the Last Fifty Years. For more information on Russ’s work, see his sites, www.familyofsecrets.com and www.russbaker.com.
Read more...
Subscribe to this RSS feed