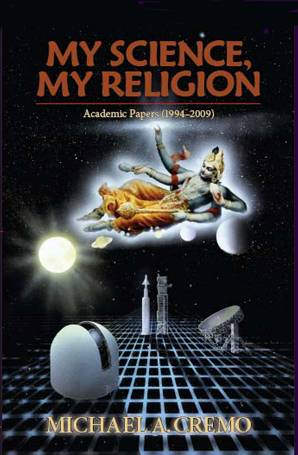 Michael Cremo entered the world of alternative archeology in 1993 with the publication of his groundbreaking book, Forbidden Archeology. Investigating whether or not mainstream archeology is ignoring data that suggests that modern man is millions of years old, he presented roughly 800 pages of compelling and well researched data. From there, Michael has published books that connect his religious beliefs and the data of science. His latest, My Science, My Religion is a collection of papers from 1994-2009 that Michael has presented at various Academic Conferences around the world. In this interview, we talk about;

And plenty more. You can buy Michael Cremo's new book on Amazon or through his webpage for My Science, My Religion. You can check out his webpage, where you can find info on all his books, upcoming appearances, interviews, and more.
Rate this item
(0 votes)
Tagged under
Tweet
More in this category: « Interview with Brien Foerster on Elongated Skull and Ancient Technology - February 16, 2013 Interview with David Weatherly, author of The Black Eyed Children - February 2, 2013 »